How one mobile operator in Jordan is trying to bring mobile access to Asian women domestic workers denied a phone
If the conservatively-minded patriarch of a household in the Middle East will not let his own daughters use a mobile phone, then why would he let the foreign domestic servant use one?

There are tens of thousands of young Asian women living in households across the Middle East doing domestic work. Many suffer labour rights abuses, from having their passports confiscated to non-payment of wages, 20+ hour a day working & lack of time off. One constant, that every domestic worker wants, is access to a mobile phone – but I interviewed a woman who was taken to the desert in a mock execution just because she had hidden a mobile phone against the wishes of her employer. 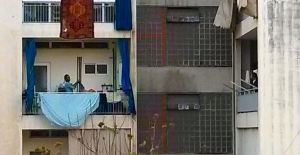 African domestic workers call across balconies to talk to each other in Lebanon, Beirut

One day we may see access to a mobile phone and the internet as a human right. Young women generally aspire to be connected to social networks, and to be free to chat and text with their friends and family. For domestic workers, far from home in a land of which they may understand little, being excluded from contacting anyone outside the house in which they work is likely to damage their well-being.

One mobile phone operator in the Middle East is trying to reconcile these two contrasting
needs. On the one hand the desire of conservative households that their domestic worker should be kept away from inappropriate social contact, and on the other hand the desire of these same workers to maintain links with home and seek the comfort online of other women from their homeland who use social networks to build a community in their adopted place of work, or to seek help.

Technology has played an important role in the recent upheavals the Middle East has witnessed. Mobile phones are credited with empowering people and of changing the established order. Even the most traditional minds will understand that mobile phones are an irrevocable part of society, and that teen and young adult lifestyles are deeply influenced by online mobile access. 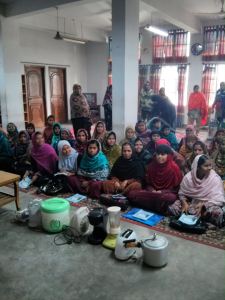 What Zain Jordan has done is to build a product that combines very cheap international calls with a restriction on the number of local calls that can be made. For domestic use mobile subscribers can only call five Zain Jordan numbers. Internet access can be enabled – or disabled – at the time of subscription, by USSD.

Why is this call package significant? We need to look at it from both sides, that of the employer and that of the domestic. From the employer’s perspective it ensures that the domestic worker has a very limited range of local contacts restricted to a whitelist. In conservative households, this is important – they may believe that women under their roofs should not be associating with strangers, and most particularly with strange men. Without passing judgement on these beliefs, it is not inconsistent that the same conservative household may see the benefit of their domestic worker being able to call home, perhaps believing that this is the ‘right thing to do’, or that it may reduce tension in the house, or encourage better work.

The domestic worker’s perspective is very different. For them the 2.5 piaster per minute call charge (just 3.5 US$ cents) is very cheap compared to the normal discounted international tariff of 37 piasters (about 52 cents per minute). But much more significantly is the impact of being able to use a phone at all. If the restrictions placed on their domestic calling are what makes the difference between having access to a mobile phone and none at all, then this is a step-change for the domestic worker. Unpalatable as the restrictions sound, the net effect is possibly an infinite increase in access.

The questions this tariff raises are intriguing; there’s clearly a trade-off here in order to balance conservative attitudes with the legitimate expectations and needs of overseas domestic worker, but what is an acceptable balance between restriction and permission? One way to look at this is to consider the following question: would the domestic worker who previously was not allowed a phone but under this tariff can now call home for 2.5 piasters a minute exchange this tariff for another one that charged 37 piasters to call home but had no restrictions on domestic calling? In other words, what price human rights?